How a wind turbine works 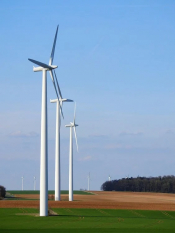 Although visible from a great distance and subject to much debate, few people really know how a wind turbine produces energy.

A wind turbine is made up of three parts: the mast, the nacelle and the rotor.

Usually made of metal, it supports all the equipment that produces electricity. It is fixed on a strong foundation in the ground and a heavy concrete footing which ensures stability and anchoring of the wind turbine. The mast can reach 80m in height for the most powerful wind turbines. These are perched as high because the wind blows stronger there than at ground level. The power supplied by a wind turbine being proportional to the speed of the wind, the search for it is essential. 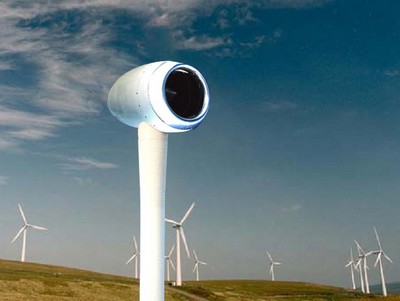 It is made up of the nose and the propeller, called the blades of the wind turbine. These are built with techniques from aeronautics. The propeller is generally composed of 3 blades. They are made of composite materials that are both light and rigid (reinforced polyester and fiberglass and / or carbon fiber) to provide good resistance. Their length is between 30 and 55 meters, or a rotor diameter of 60 to 110 meters. They are immense because the power of a wind turbine is proportional to the area swept by its blades, or to the square of the diameter of its rotor. The rotor transforms the kinetic energy of the wind into mechanical energy. 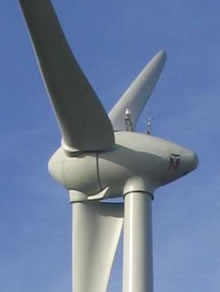 It houses the equipment that generates electricity from the rotation of the rotor axis. The electricity produced is transported from the nacelle to the ground by electric cables which are inside the mast of the wind turbine. The wind turbines are also equipped with a very efficient supervision and control system. This system is built around a computer which allows:

- orient the rotor perpendicular to the direction of the wind;

- modify the angle of incidence of the blades in relation to the wind. 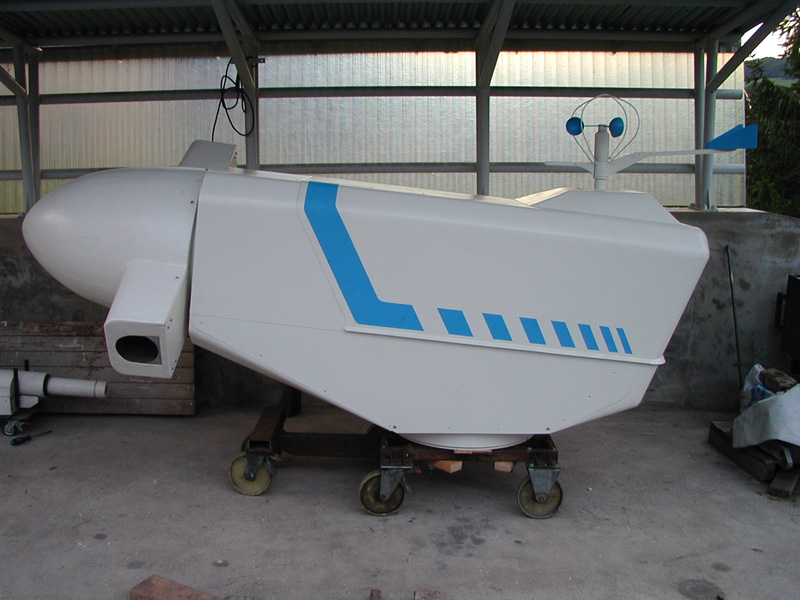 Under the effect of the wind, the rotor turns. In the nacelle, the main shaft drives an alternator which produces electricity. The rotational speed of the rotor (12 to 15 revolutions / minute) is increased by a speed multiplier to reach approximately 1500 revolutions / minute. This speed is necessary for the correct operation of the alternator. Electronic power converters adjust the frequency of the current produced by the wind turbine to the electrical network to which it is connected (50 Hz in Europe). They also allow the rotor to rotate at variable speed depending on the wind. The voltage of the electricity produced by the wind turbine is of the order of 600 to 1000 volts. It is then raised through a power transformer, located in the nacelle or in the mast, up to 20 or 30,000 volts.

To start, a wind turbine needs a minimum wind speed (10-15 km / h). Beyond 90 km / h, the turbines stop. If the wind turbines were to operate at this speed, they would undergo significant stress which would lead to premature wear. Given the low gain relative to operation in strong wind, engineers prefer to stop the engine. The power of a new generation wind turbine reaches 2 to 3 MW and 5MW models are in the test phase.

More in this category: « How to calculate the molar mass of a molecule
back to top