How to Convert to Islam 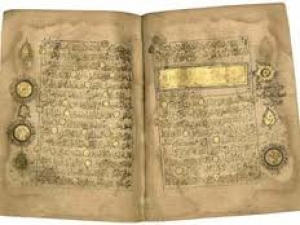 Islam is a religion that is attracting more and more people. Far from me the idea of any debate on religions, I only want to explain the process to be taken to become a Muslim. It is important to think carefully before wanting to convert. Once you have made your final decision to become a Muslim, you can then begin the conversion.

Although it is not compulsory, it is recommended to go see the Imam of your city who will advise you in your approach. To start the conversion you will have to recite the Chahada "There is no God but God and Mohamed is his prophet" which is in Arabic "Ach ha dou alla ilaha illala wa ach ha dou anna mouhammadan rasouloulla". The Imam will most often advise you a short training of a few days or a few weeks in order to transmit the founding principles of Islam, its history and its precepts.

On the day of the official conversion, the person will repeat the Chahada in front of the faithful in a mosque. He should then take a bath and cleanse his whole body. Circumcision is not compulsory for men but it is recommended. The person can then either keep their first name or choose an Arabic one.

The person then receives a certificate from the mosque which shows his entry into religion.

As soon as the Chahada is pronounced, the person can consider themselves a Muslim and start prayers.