How to do the ellipses on your keyboard 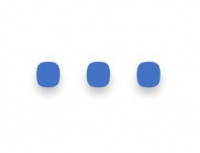 You want to type the symbol "…" (3 small dots forming an ellipse ) and do not know how to do it in a text field, a word processing document on Windows or on Mac ? Follow the technique below.

Indeed, it can be practical to type 3 dots successively but it is grammatically wrong (the ellipses are only one character) and it can sometimes be important to make these points unbreakable to prevent them from being separated on two different lines.

Here are the methods to make the keyboard shortcut according to your operating system :

The technique : You keep the Alt key pressed (key just to the left of the Space bar), then you successively type the digits01 3 3 then you finally release the Alt key, which will display the symbol " ellipsis ": …

The technique : Keep the  Alt ⌥  key pressed (the key can also be called Option ), then without releasing the key, press the key ; (semicolon key) then release everything to display the three ellipsis.

"I don't have a numeric keypad on my keyboard, what should I do?"

If you have a Mac / Apple keyboard , the technique is the same. The Alt key can also be called Option ⌥  but it is always the key just to the left of the Space bar : Alt ⌥