How to make the middle dot (·) on your keyboard

You want to type the middle dot / median dot (·), on your keyboard but don't know how? It's very simple, just do the key combination described below.

There is no direct key that exists to realize the middle dot / median dot (·) on keyboards, but there are keyboard shortcuts that allows you to perform this combination. See below :

The technique : Keep the Alt key pressed (key just to the left of the Space bar), then you successively type the numbers  0 1 8 3  then you finally release the Alt key, which will bring up the middle dot / median dot at desired location.

The technique: Keep the Option ⌥ and ⇧ Shiftkeys pressed, then type on the 9 key which will bring up the middle dot / median dot (·) at desired location.

Info : On some Mac / MacBook keyboard configuration, the  Option ⌥ key can be named Alt ⌥ 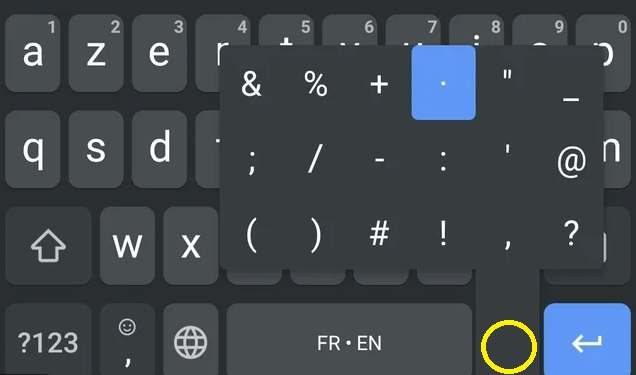 More in this category: « How to lock your computer on Windows / Mac How to make the cross † (dagger) and double cross ‡ (double dagger) on your keyboard »
back to top