How to make the symbol "micro" (µ) on your keyboard 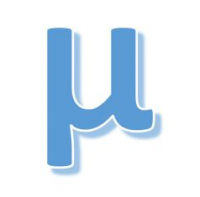 You want to type the symbol " micro " ( µ , small u with a tab at the bottom left) and do not know how to do it in a text field, a word processing document?
Indeed, there is no key which exists and this symbol represents the millionth of the unit that it precedes (10 -6 ). For example: micrometer -> µm = 10 -6 m , or 0.000001 meter. But you can simply achieve the "micro" symbol by typing the key combination below:

Make the symbol "micro" on Windows

The technique : You keep the Alt key pressed, then you successively type the numbers2 3 0 , then you finally release the Alt key, which will bring up the " micro " symbol: µ

The technique : You keep the ⌥ Alt key pressed, then you type the letter M , then you finally release the ⌥ Alt key, which will bring up the " micro " symbol: µ

More in this category: « How to make the symbol "function" (ƒ) How to do the ellipses on your keyboard »
back to top