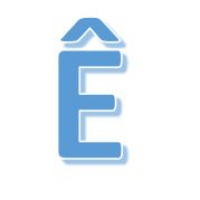 Want to type the symbol " Ê " (uppercase E with circumflex) and don't know how to do it in a text field, a word processing document? Follow the technique below.

Indeed, there is no key that exists and but it can be very practical to be able to do it, for example on a title word or a slogan .

1. Make the symbol "uppercase" under Windows:

The technique : You keep the Alt key pressed (key just to the left of the Space bar), then you successively type the numbers 2 1 0 , then you finally release the Alt key, which will bring up the symbol "E with capital circumflex": Ê

The technique : Hold down the Shift ⇧ key, then without releasing Shift, keep the letter E pressed until a menu appears above the letter E ,

then click on the proposition "Ê" and finally release everything, which will bring up the symbol "capital E with circumflex ": Ê