How the brakes on a car work 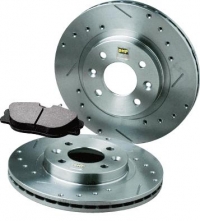 While the engine is used to set the automobile in motion, the braking system on the other hand slows it down to stop it and to keep it stationary. There are three options available to the driver for this.

* The first is to use "engine braking", a technique using the inertia of the engine to brake the vehicle. No longer being supplied with fuel, the latter behaves like a compressor and thus uses the kinetic energy of the automobile to compress the air admitted, which generates a certain resistance to forward movement. By changing the ratio on the gearbox, the engine speed increases and offers greater resistance.

* Usually, the driver slows down and stops his vehicle using the main brake. Pressing the brake pedal triggers the operation of the brakes, which convert the kinetic energy stored by the vehicle into heat. These brakes are, for the most part, hydraulically operated although some electrically operated are starting to appear.

* Finally, the automobile can be immobilized using the handbrake. A lever actuates a specific mechanism - generally using a cable - the front or more often rear brakes blocking the wheels of this axle. This brake is only used for parking the vehicle. In recent years, electrically controlled parking brakes have become widespread, gradually replacing the handbrake. 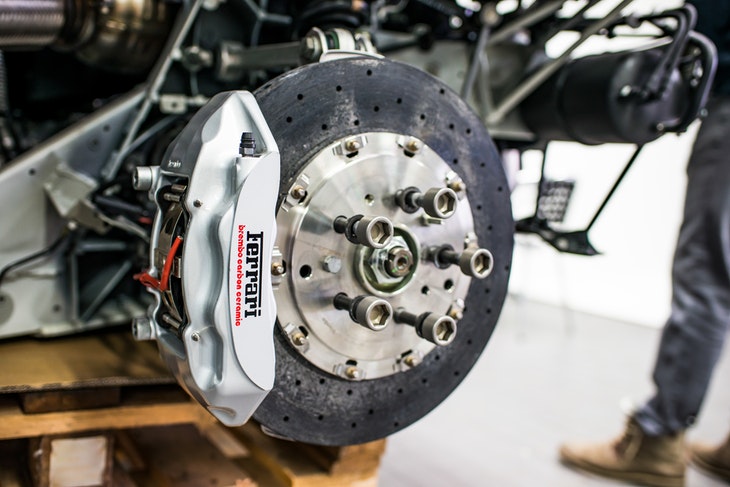 * The brake pedal actuates an amplifier, which acts on coaxial pistons in a cylinder supplied with oil (brake fluid) from a reservoir located above. The pressurized oil leaves the cylinder in two crossed circuits; One controls the left front wheel and right rear wheel while the other controls the right front wheel and left rear wheel. This system makes it possible to preserve a minimum of balanced braking in the event of failure of one of the two circuits.
* On each wheel, one or more receivers (kind of jack) mounted on the hubs receive the hydraulic pressure and push parts integral with the vehicle against a part which turns with the wheel.
* The fixed parts called linings or pads are made of a special material which gradually wears out, resists temperature rise and ensures excellent mechanical contact.
* The moving parts attached to the wheels are made of reinforced steel or cast iron, as they must dissipate all thermal energy resulting from the loss of kinetic energy of the vehicle.
* In the case of disc brakes, pads are clamped on both sides of a disc by one or more hydraulic pistons. The disc is self-ventilated on vehicles requiring a lot of the brakes.
* In the case of drum brakes, the linings are forced against the inside face of a cylinder or drum by a hydraulic piston. 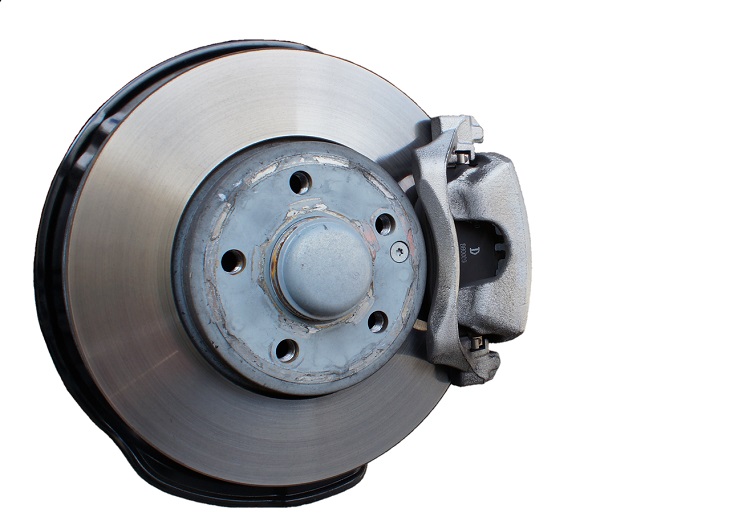 Following the many accidents that have occurred since the creation of the automobile, manufacturers are constantly seeking to improve safety systems. Braking is the subject of much attention. The first innovation of its kind is the ABS system. This system prevents the wheels from locking during heavy braking and in conditions of poor grip. It releases the pressure in the braking circuit of a wheel as soon as it detects a rotation speed lower than that of the other wheels, or even zero. This device allows the driver to maintain directional control of his vehicle.

The ABS (Antiblockiersystem) is more and more coupled with other systems such as emergency braking assistance (AFU), a system which allows braking at maximum brake power from the first moments of braking. emergency, the ESP (Electronic Stability Program) which makes it possible to significantly correct the trajectory by having a combined action on the braking system and on the engine power control, or the distance regulation radar which measures the distance and the approach speed of a vehicle. The latter system can operate the brakes on its own to avoid an imminent collision.

More in this category: « How does a car engine work How to choose the right car tires »
back to top